5 great reasons to do market research 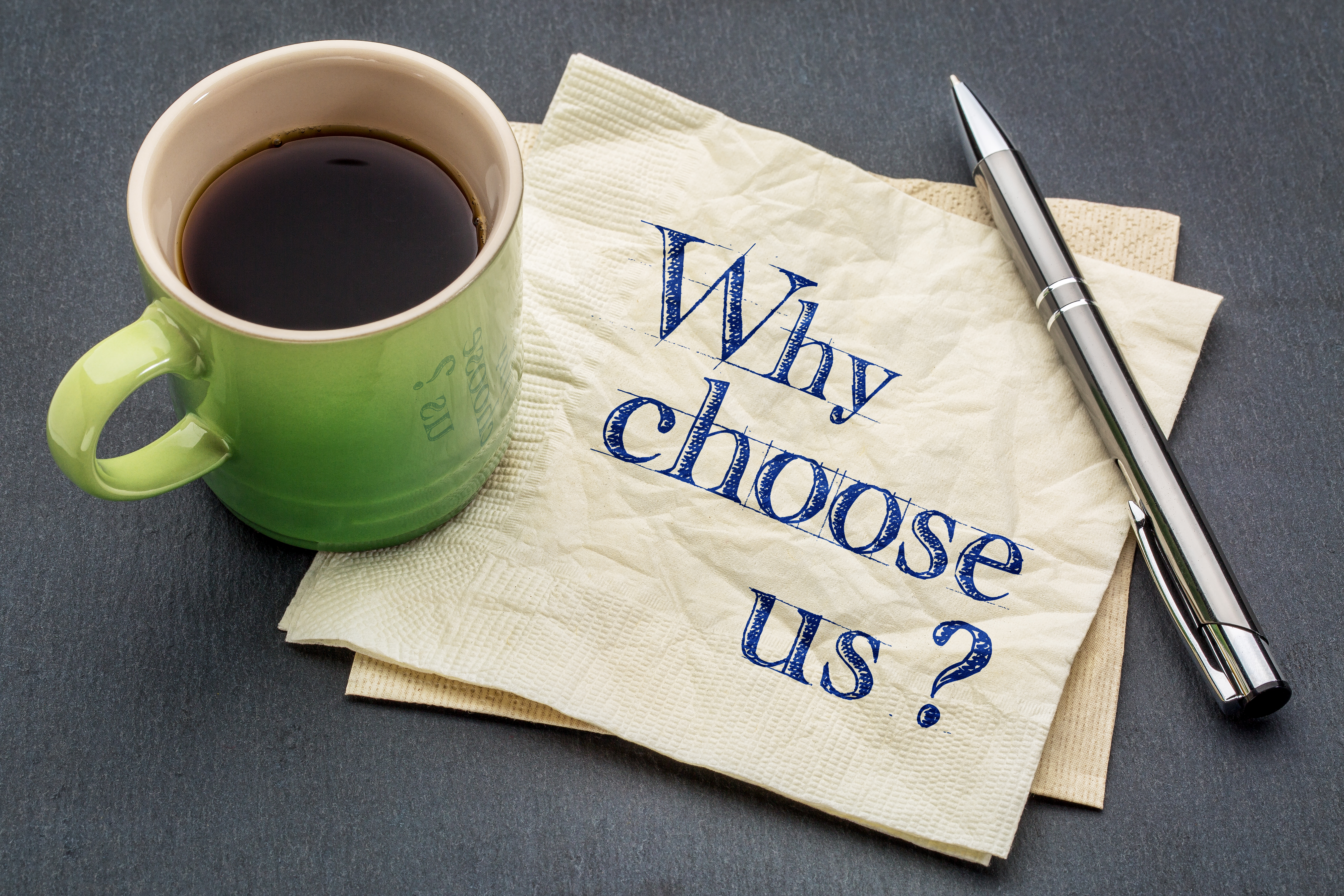 By doing market research, you can explore what your market needs, test ideas before investing heavily, track success over time, and adjust your strategy to lift your sales.

Here are 5 great reasons to consider doing a research project with us.

The constant proliferation of new research products, technologies and methodologies for market research is making life increasingly complex for research-users.

But it doesn't have to be. To remove clutter and gain clarity on the available data-collection options, the simple rule to remember is “observe, then survey.”

Observe when? Observe endlessly. Always-on GPS location tracking of consenting SOTG users makes it possible. They allow the app to access their phones' location features so they can receive location-triggered surveys.

Observe where? Across all locations of the top 1,000 U.S. retailers, and millions of other places of commercial interest.

Survey who? Whichever segment you need, based on observed location visits combined with detailed demographic pre-profiling. See who's making the observed visits without having to ask.

Survey when? At the Point Of Emotion®, the window in which the consumer experiences and attitudes you need to understand remain vivid and recall is at its highest.

Consumer journeys are more complex than ever, but that doesn't mean the tools for understanding them have to be burdened with complex moving parts such as multi-sourced consumer panels, third-party data and algorithmic analysis that makes inferences instead of seeking out actual consumer feedback.

If you observe closely, then survey intelligently, you can trust that your data captures reality. You'll play a key role in guiding your business to the right decisions, and you'll be able to explain clearly to yourself and understandably to anybody else in your organization how you collected your data and interpreted it to confront the business problems you all need to address.

Gen Z Is Even More Diverse than Millennials, and it Takes a Mobile Research  App To Reach Them

Pew Research Center’s recently published series of deep dives into the demographic characteristics and social views of American Post-Millennials (also commonly known as Gen Z) is worth a look for consumer insights professionals. With the oldest Gen Zers moving into post-adolescence, they most certainly are on marketers’ and market researchers’ radar as a key cohort of consumers whose characteristics, lifestyles and attitudes demand understanding right now and on into the future. Among other things, Pew notes, this is the most racially and ethnically diverse generation in U.S. history.

The oldest Post-Millennials, who are turning 22 this year, are getting college educations and/or have begun to enter the work force.  Also, the Gen Z multitudes who are still in their childhood are driving a great deal of purchasing by their Millennial (ages 23 to 38) and Gen X (39 to 54) parents. Pew’s studies continue to compile data documenting similarities and differences between these generations.

But almost incredibly, only 54% of consumer insights professionals who responded to GreenBook’s most recent GreenBook Research Industry Trends (GRIT) report said they are using “mobile first” surveys to obtain consumer data. What’s worse, “mobile first” is not the kind of mobile research the industry should embrace. It fails to reach consumers in their true comfort zone, which is the mobile app. As eMarketer has documented, mobile consumers prefer the app environment by six to one over accessing and exchanging information on the mobile web,” which is where “mobile first” research takes place.

Although the GRIT report barely mentions mobile-app research, forward-looking marketing and consumer insights professionals at major brands, market research firms and advertising agencies are increasingly aware of and on board with the mobile-app research methodology. They recognize the speed, timeliness and quality of data collected from a first-party consumer panel of mobile app-users, and can see that it’s the pathway to research success in the Smartphone Era.

Scores of major brands and firms partner with MFour, often with the specific aim of reaching Millennial and Post-Millennial consumers, the leading adopters of mobile app activites (although Generation X and Baby Boomers are also rapidly making up any generational gaps in mobile app use).

Look at this visualization of MFour’s panel characteristics and judge for yourself the kind of coverage and engagement you can expect when you need to reach consumers in the key 18- to 49-year-old age groups. Pew notes that Gen Z is the most racially and ethnically diverse generation in U.S. history – 52% Caucasian, 25% Hispanic, 14% African-American, 6% Asian and 4% other.  When it comes to consumer panel diversity across Gen X, Millennials and Gen Z, MFour an Surveys On The Go®are already there.

In the 2010s it has become a watchword among most consumer insights professionals that Millennials, Hispanics and African-Americans are “hard to reach” for market research. But if you’re smart enough to connect with them through an advanced mobile research app, that simply isn’t so.

Three weeks ahead of Black Friday, Starbucks Coffee found itself with its own unique doorbuster on its hands. The coffeehouse giant was offering a free, reusable cup with cheerful holiday designs featuring the Starbucks logo to any customer who came in on Friday, Nov. 2 and ordered one of Starbucks’ special seasonal coffee drinks.

The result? A whopping 41% spike in foot traffic over the average Friday. There was even an apparent echo effect: on Saturday, Nov. 3, the day after the one-day offer, foot traffic was 16% greater than the average Saturday.

Market researchers interested in gaining insights into coffeehouse chains and quick-serve restaurants can see the spike in foot traffic for themselves in chart form on MFour’s Path-2-Purchase® Platform. Plug in “Starbucks” on the free Path-2-Purchase tracking tool, and you’ll see the big surge that occurred on Nov. 2-3, and how visits on the day of the cup giveaway compared to every other day in the preceding three months.

Path-2-Purchase is unique in its ability to track validated, representative U.S. consumers’ visits to 12.5 million locations, including all of the top 1,000 retail and restaurant chains. On the technology side it’s powered by advanced GPS location technology and MFour’s unrivaled Surveys On The Go® (SOTG) mobile research app. On the people side, SOTG gives researchers the ability to connect with the 2.5 million first-party consumers who have downloaded the app.

SOTG users give double opt-in consent to have their movements tracked using their smartphones’ GPS features, in exchange for opportunities to receive location-specific surveys that earn them cash rewards. It’s these demographically profiled consumers’ engagement with SOTG that makes it possible for marketers and market researchers to see where they go, when and how often – and to gain otherwise unobtainable insights into events such as the Starbucks cup giveaway.

Tracking is only a means to the most productive research end: connecting with the consumers you’ve tracked to survey them about the experiences they’ve had at any stop along their paths to purchase. For example, a researcher interested in the competition in coffee could use Path-2-Purchase data to identify validated Starbucks customers and send them surveys. You also could overlay Starbucks and Dunkin’ Donuts locations to compare visitation and identify important consumer segments. Segments might include coffee-agnostics who go to both Starbucks and Dunkin’ Donuts, or loyalists who are customers of one but never the other.

Once you've identified your segments, you can survey those consumers to understand the all-import “why” behind their coffee buy.

We know there's no shortage of GPS visitation tracking providers, but all the rest are only capable of counting footprints and spitting out numbers. The location data they give you ends there, leaving the actual consumers who've left those footprints all but invisible.

But when you conduct location-based mobile research using Surveys On The Go, the validated, first-party consumers you track are profiled, real and reachable, so you can connect with them for the "why" behind the buy.

As it turned out, Dunkin’ Donuts managed to hold its own during Starbucks’ big Friday cup giveaway: nationwide, its traffic fell just 1% below the Friday average.

In fact, Starbucks’ cup giveaway actually turned out to be a little too successful. The Today Show reported on its website that supplies quickly ran out at some locations, leaving customers disappointed.

If you’re so inclined, we can identify and put you in touch with members of the SOTG consumer panel who went to a Starbucks on Nov. 2 (or on any other day). Ask them about their experiences with the special giveaway. Are they in love with their free cups? Are they miffed because the Starbucks they went to had run out? Did they try one of the special holiday brews? Was it delish or just so-so? And how did the cup giveaway impact their overall satisfaction with the Starbucks brand?

When it comes to coffee, or anything else in the consumer realm, Path-2-Purchase® Platform gives you a heaping, caffeinated cup of quick-turnaround research you can’t accomplish anywhere else.

Why Is `Why?' the Market Research Question Your Geolocation Provider Can't Answer?

Toddlers do it incessantly. So why can’t virtually all of the location-research providers who’ve been trying to sell the market research industry on their ability to track consumers’ store visits?

We’re talking about being able to ask the fundamental question, “why?” As anyone who’s spent much time with little kids can attest, it’s never far from their tongues.

Because “for children, `why’ questions help them make sense of the world around them….These `why’ questions also help spur and accelerate learning,” says Rebecca Palacios, one of America’s most respected experts on early childhood education, in a Huffington Post article titled “Why Do Children Ask Why?”

So here’s our own “why” question of the day:

Why can’t those location-research tech and analytics providers let you do as a consumer insights pro what you did almost nonstop when you were knee high to a Great Dane?

Why won’t they let you ask the “why” behind the buy?

They know how to find undifferentiated people, and tell you how many of them have gone to a given location. They’re able to collect footprints, but they can’t help you connect with the actual human beings who are leaving them. They can’t help you ask “why,” the most important question when it comes to understanding and influencing consumer behavior.

Yes, footprint data can be illuminating to an extent as a standalone, but its most advanced use is to point you in the right direction in your quest to truly connect with consumers and understand the many whys behind where they go – and what they think, feel, see and do while they’re there.

MFour creates location technology, but we do it in the specific context of perfecting it for the sake of market research. We pioneered building location capabilities for market research, and we’re the only company to have simultaneously built an all-mobile, validated first-party panel for that technology to track.  (with their double opt-in informed consent).

You’re in the business of obtaining a 360-degree view of consumer behavior, and so are we. Not just the “where,” but the “why.”

The moral of this post is that you should never let any market research provider sell you short by not permitting you to unleash your inner three-year-old. Don’t settle for footprints and algorithmic models that can’t begin to give you the “why” to questions like the ones above.

Always insist on the “the why” behind the buy.

Why?  Because you can’t afford not to.

To learn more about how to target, track and survey mobile consumers by using MFour's Path-2-Purchase® Platform, just click here.