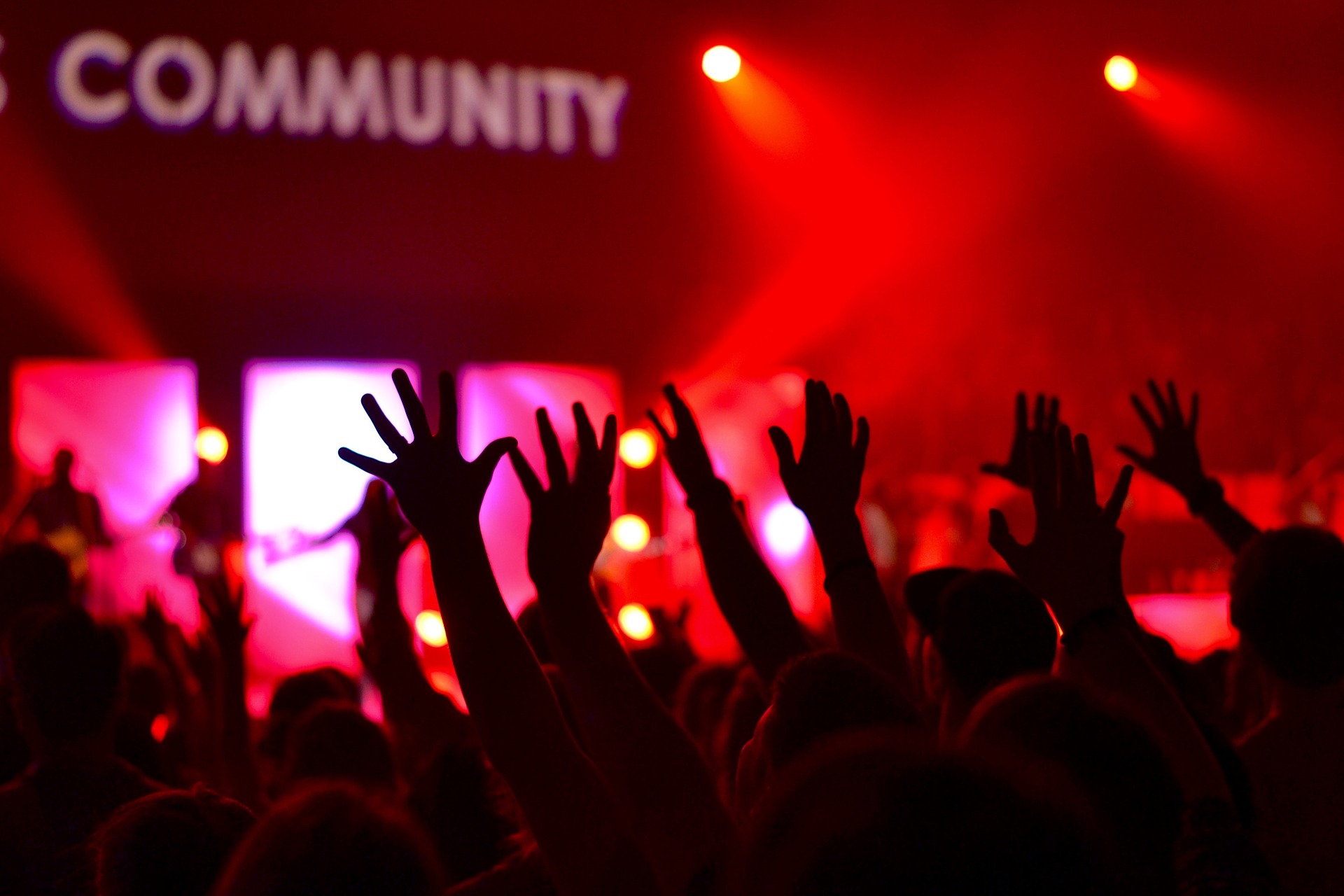 To wind up the first phase of MFour’s Millennial Insights Project, here's Part 3, on Millennials' views on Technology & Lifestyle -- with a focus on the smartphones and other computing devices that are the dominant technology in their lives.

Our study aims to generate insights into this crucial, much-analyzed consumer cohort of more than 75 million Americans, while demonstrating to the market research industry that the fastest, most reliable and effective way to reach Millennials is on the devices that define them -- the smartphones from which, as the results below show, they are in many cases literally inseparable.

The data for this report -- and for the  previous segments on Millennials & Entertainment and Millennials & Money and Finance -- was obtained through the first wide-ranging, demographically representative study of Millennials undertaken solely by smartphone app. The fundamental premise is that Millennials are best engaged -- and will have the most comfortable and productive survey-taking experience -- on the mobile devices  that fully engage them in all phases of their lives.

These are key insights on how Millennials use smartphones and other computing devices.

Mobile is Multiple: Smartphone owners haven’t abandoned other computing devices – as long as those other devices meet the portability test. 87.1% also own a laptop, and 71.4% have a tablet.

Minorities are Really Into Their Phones: Majorities of African Americans (57.1%) and Hispanics (51.6%) reported spending five hours or more per day on their phones; Asians (42%) also exceeded Caucasians (38.9%) when it came to epic phone usage.

Desktops are Bottoming Out: Millennials are pushing the granddaddy of personal computers into retirement. Only 45.2% of them own a desktop; men are the diehards, with 50.6% still holding on to desktops, compared to just 39.8% of women. Affluence is another predictor for ownership of what most Millennials apparently perceive as a luxury they can live without. 54.2% of respondents living in households with annual incomes of at least $75,000 said they had a desktop as well as a smartphone. Desktop ownership in Millennial households with earnings under $50,000 was 42%.

Whole Lotta Checkin’ Goin’ On: 88.7% of Millennials check text messages the moment they get them. They’re considerably less compulsive about social media and app notifications (41.2% and 40.5%, respectively, get checked immediately). Email continues to trend downward -- just 35.3% get opened right away. 51% check their apps' push notifications at least once an hour, compared to 48.6% for email.

OK With Their OS: Overall, Millennials seem satisfied with whatever smartphone operating system they’re using now. Those saying they were likely or very likely to switch (25.6%) were outnumbered two-to-one by those who said they were unlikely or very unlikely to make a change (51.9%). That left 22.5% who could go either way.

However, there were  differences  in the degree of loyalty commanded by Apple's iOS system and Google's Android. They were comparable when it came to their shares of loyal users -- -- 53.8% of iOS users and 50.4% of Android users said they were likely or very likely not to switch devices. But on the other end, Android users were twice as likely to express  discontent: 32.9% said they were likely or very likely to switch to a different OS, compared to 16.7% for iOS.

Can Google poach some of the 29.5% of iOS users who said they were neutral about keeping their current system, while persuading the 16.7% of neutral Android users to stay? Can Apple succeed in prying loose the one-third of Android-using Millennials who apparently are unimpressed with Google's system? Or, with nearly half of Millennials either poised to change operating systems or sitting on the fence, is there an opening for other system designers to compete?

Meet Your Next App: When it comes to discovering new apps to download, Millennials rank advice from family and friends (61%), social media (60.4%) and Apple and Google’s app stores (56.7%) as by far the biggest influences. The advertising about apps that's most likely to influence them is the kind they they receive through an app -- 33..6% of Millennials cited in-app advertising as a factor, compared to 23.4% who said ads on television, radio or in print media helped them discover new apps. News coverage ranked last as a portal to discovering, cited as an influence by 15.1%.

When it came to using  social media to discover apps to download, women were notably more active than men -- 67.6% to 53.2%. The same goes for legacy advertising (television, radio and print), cited by 27.4% of women and 19.4% of men. African Americans also stood out in citing legacy advertising channels as a source of information about apps – 37.1% compared to 22.6% of Hispanics and 20.5% of Caucasians.

Using MFourDIY, the market research industry’s first all-mobile, do-it-yourself platform for designing and carrying out studies, MFour fielded a 30-question survey on Sept. 10 to Millennials who make up about 60% of its million-member active panel, all of whom participate in research via the Surveys on the Go® app for smartphones and tablets. Fielding time was less than two hours for 1,000 validated responses.

To read our previous reports, for Part 1, Entertainment, click here.

To view  all survey data, visit  surveysonthego.net/tracker and use these login credentials:

Posted by admin on Sep 30, 2016 12:59:37 PM
Here's your Friday roundup of 3 items from the MFour blog to keep you up to speed on mobile research as you head into the weekend.
Whatever else you do, don't forget to check at the bottom for something to mobilize your spirits and get you humming.
1,000 Millennials' Banking & Finance Use
Target Respondents By the Apps They Use
RIP to the BlackBerry, or, the Peril of Standing Still
Weekend Bonus: MFour featured in International Business Times
And here's a  Friday tune to send you bopping and smiling into your weekend.
0 Comments Click here to read/write comments

International Business Times, leading provider of business news and current headlines from the US and around the world, ran our report on Millennials on Money & Investing.

Want to Learn More About MFourDIY™?

To learn how you can harness MFourDIY™ and its sophisticated yet easy-to-use capabilities, tune in to one of our webinars. The next one, Wednesday, Oct. 19 at 12 p.m. PST, will give you a good introduction. The title is “MFourDIY: Getting Started." To sign up, click here.

Posted by admin on Sep 23, 2016 4:05:56 PM
Here's your Friday roundup of 3 items from our blog to keep you up to speed on mobile research as you head into the weekend. Whatever else you do, don't forget to check at the bottom for something to mobilize your spirits and get you humming.
1,000 Millennials'  Entertainment Consumption
DIY Researchers: We'll Back You Up
Mobile Research: The Big Picture
0 Comments Click here to read/write comments

Heading to CRC Conference Next Week? Look for These Guys

MFour will be heading up to San Francisco Monday, September 26 through Thursday, September 29 for the 2016 Corporate Researchers Conference. If you're interested in talking mobile, look for these guys and they'll be able to help you out!

This is the first report in MFour’s Millennial Insights Project, an in-depth look at the preferences and behaviors of 1,000 American consumers, ages 18 to 36. Today’s report highlights results and findings on Entertainment.

We recruited and surveyed respondents through Surveys on the Go®, MFour’s all-mobile, app-based research technology and methodology, which reaches more than one million active panelists. The study collected 1,000 demographically representative, validated responses within two hours of launch on Sept. 10, 2016. Length of interview was approximately 15 minutes. Respondents were segmented by sex, race and ethnicity, type of work, income and age. We divided our Millennial subjects into three six- or seven-year age brackets.

Streaming is King: Streamed programming is the most frequent viewing choice for 58% of Millennials – more than double the 28% who most often watch cable or satellite TV. There’s a substantial drop-off for cable/satellite viewing among Millennials who haven’t yet turned 30. Only 18.5% of this younger group say cable/satellite TV is their first choice, compared to 37% of Millennials ages 30 to 36. 78% of all Millennials consider a paid streaming platform their first or second choice when watching television, with 76% saying they are streaming more from paid services than they did a year ago. But most Millennials haven’t cut the cord on cable entirely: 64% of those who no longer live with a parent still subscribe to cable or satellite TV.

Binge Watching is Huge: By nearly four to one (78% to 22%), Millennials prefer a television series to be released all at once, rather than having to wait for a weekly episode over the course of a season. And 68% said they had binged on TV during the past month; 53% during the previous week. Across every grouping – sex, age bracket, race-ethnicity, and income level – U.S. Millennials are united in their eagerness to binge on TV shows.

Music Downloads are Going Mobile: More than half of Millennials (56%) said they had downloaded music to a mobile device within the past month, surpassing the 43% who’d downloaded tunes to a desktop or laptop. African Americans were especially active downloaders, with 69% saying they’d downloaded music straight to their mobile in the past month, and 53% downloading to a PC. Downloads for Caucasians were 55% mobile and 38% PC; Hispanics/Latinos went 57% for mobile and 46% for PCs.

Viewing on Smartphones is 2nd Only to TV: 91% of Millennials said they access entertainment on a television screen, with mobile phones second at 73%. Desktops and laptops were third at 63%, and 47% watch or listen on tablets. The youngest Millennials, ages 18 to 24, show  a preference for watching on smartphones – 74%, vs.  69% for respondents 25 and older. There’s also an intra-generational difference for TV screens, used by 89% of the youngest group and 93% of 25 and overs.

For a look at our entire Millennials survey, visit: https://www.surveysonthego.net/tracker

Methodology: Using MFourDIY, the market research industry’s first all-mobile, do-it-yourself platform for designing and carrying out studies, MFour fielded a 30-question survey on Sept. 10 to Millennials who make up about 60% of its million-member active panel, all of whom participate in research via the Surveys on the Go® app for smartphones and tablets. Fielding time was less than two hours for 1,000 validated responses.

Posted by admin on Sep 7, 2016 7:46:53 AM
To find out how you can reach fast food customers (or any other chain store shoppers) before they've even left the parking lot, tune in Wednesday, Sept. 21 at 12 noon, Pacific, for "After-Visit Evaluation: Insights When They're Fresh." It's the next webinar on how to use MFourDIY, the only all-mobile, do-it-yourself survey-building platform.
Sign up below for any upcoming 30-minute session.
After-Visit Evaluation: Insights When They're Fresh
Wednesday, September 21, 12 p.m., Pacific
MFourDIY: Getting Started
Wednesday, October 19, 12 p.m., Pacific
Qualitative Studies
Wednesday, November 16, 12 p.m., Pacific
Also, we've posted previous webinars on  YouTube.
0 Comments Click here to read/write comments

3 Ways We've Got Your Back With Mobile DIY

Posted by admin on Aug 31, 2016 9:50:43 AM
Do-It-Yourself survey-building is easy with MFourDIY™, the first all-mobile DIY market research platform. But no worries if you need guidance or advice, live help is always just a click away.
You get:
Click here to learn all about MFourDIY™, then start launching sophisticated surveys that are cost effective, fast, easy to design & field.
0 Comments Click here to read/write comments

3 Mobile Musings From the MFour Blog

Posted by admin on Aug 26, 2016 9:34:18 AM
Here's your Friday roundup of 3 items from the MFour blog to keep you up to speed on mobile research. Whatever else you do, don't forget to check at the bottom for something to mobilize your spirits heading into the weekend.
Meet More Millennials
Happy Panel = Great Data
There's No Biz But Mobile Biz
And here's a  Friday tune   to send you humming and smiling into the weekend.
0 Comments Click here to read/write comments

Previous All posts Next