Jade Bunke has joined MFour’s team as Director of Marketing. He brings years of experience in marketing science, driving brand differentiation and providing insights into consumer behavior. Jade has lectured widely to business and academic audiences, taught college-level courses in business communications, and is the author of “Seven Principles for Market Dominance: Business Insights for a Global Economy” (2010).

“We’ve worked hard to build our brand. We think Jade is the perfect person to protect and enhance it,” said Chris St. Hilaire, MFour’s founder and CEO.

Jade has a Masters of Business Administration from Pepperdine University, and a Bachelor’s degree in Classical Civilizations from the University of California, Irvine.

“MFour is leveraging advanced technology to shape the future of consumer intelligence in a mobile-centric culture,” says Jade. “It’s truly an honor to join such a forward-thinking organization.”

Doubling down on its bid to transform the market research industry by bringing it into the age of the smartphone, MFour Mobile Research, Inc. announced today that it is doubling its staff to more than 100 in the coming nine months.

“This is a revolutionary moment,” said Chris St. Hilaire, MFour’s cofounder and CEO. “We’re allowing the market research industry to harness the vast capabilities of smartphones as tools to conduct consumer surveys and generate the kinds of data and insights today’s corporations and brands demand.”

MFour, a privately-held tech venture, made its first impact in 2011 with Surveys on the Go®, the first and still only survey app tailored strictly for optimal function and display on mobile devices.

MFour increased its staff significantly in 2015; now the pace is accelerating with six new arrivals in the coming weeks. The ongoing hiring push will allow MFour to extend its technological lead and push the market research field past the tipping point at which hesitation gives way to a full-on embrace of the all-mobile methods MFour has pioneered. The result: a new norm for gathering the consumer data businesses need to thrive.

The hiring wave includes three new software developers who’ll help widen MFour’s technological lead. Two additional sales representatives and an account executive will educate market research firms and corporate research departments about all-mobile methods and bring them on board, expanding a client list of early all-mobile adopters that includes leading consumer brands and entertainment companies, as well as market research firms that already have seen that the best new survey technology and advice on how to use it will help them continue to excel in serving their clients.

“The mobile revolution will unshackle market research from the demographic and technological constraints of the outmoded online studies that are choking off access to fast, accurate and representative data,” St. Hilaire said. “Our lead will continue to widen and our growth escalate as we close in on our goal: to define and dominate mobile research.” 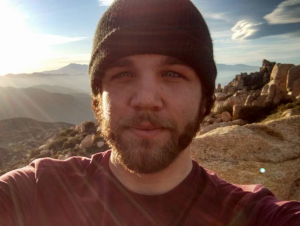 MFour Mobile Research is pleased to have added Daniel Baker to its operations team as a Project Manager.

Baker previously was a product analyst for two divisions of the Walt Disney Co., Disney Interactive and Disney Consumer Products. His work there on Disney Infinity video games and Playmation toys gives him a close acquaintance with Mickey Mouse, the Incredible Hulk and many other illustrious personages. Daniel arrives with an academic background in computer science at Orange Coast College.

Veteran Los Angeles Times reporter Mike Boehm has joined MFour Mobile Research as Director of Communications. Boehm will help the company extend its reach as the nation’s leading provider of mobile consumer research through its 4.5 star rated smart-phone application, Surveys on the Go®.

He comes to Irvine, CA.-based MFour after a long career as a newspaper reporter. Boehm recently left the Times after nearly 28 years as a pop music critic and a news and feature reporter covering museums, theater and other branches of the arts. Previously he was employed as a staff writer for the Providence (RI) Journal, the Miami Herald and the News-Times of Danbury, CT. Boehm grew up in Connecticut and earned a bachelor’s degree in English from Yale University and a masters from the Columbia University Graduate School of Journalism.

Eric Chou has been hired as software engineer for MFour. Chou comes to MFour with a background in engineering, previously working at BioTech company WHPM. Prior to that, Chou attended a bootcamp called Coding Dojo, after graduating from University of California, Irvine in 2014 with a Bachelor of Science in Public Health.

MFour Mobile Research has hired Sean Bahrami as software engineer for the firm. Bahrami comes to MFour with a background in engineering and business, previously working at Auto Ads Today, a car and dealer listing website, as a software engineer & business analyst. Prior to that, Bahrami was lead software engineer at PSC Biotech working on software for pharmaceutical companies.
Bahrami graduated from University of California, Riverside with his degree in business administration and a minor in computer science.

Key Player from Instantly Makes Switch to Mobile with MFour 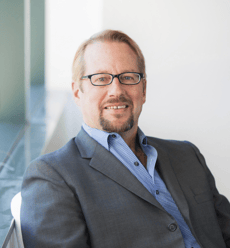 Scott Worthge has joined MFour Mobile Research as a Senior Solutions Executive. Previously, Scott spent 7 years at Instantly, Inc, as part of his more than 25 years of market research industry experience. His role will be to accelerate and grow MFour’s client business and dominant position in providing mobile focused research solutions.

In addition to the corporate research world, Scott has been an instructor for the past 10 years in UC Berkeley’s Extension program, teaching classes in Marketing Research and Strategic Brand Management. He is also an advisory board member for the Master of Science in Market Research program at Michigan State University and is currently developing a mobile market research course for graduate and undergrad students. Scott holds degrees in economics and Psychology from UCLA.

We are pleased to announce Ashleigh Mann as new solutions development representative at MFour. As solutions development representative, Mann will assist the sales department in generating leads and in day-to-day activities. Mann comes to MFour from alliantgroup, where she brought value to clients by identifying industry specific tax savings opportunities. Mann earned her BS in Finance from the University of Tampa.

Research and development staff has more than doubled in the last 12 months, packing the firm with top talent from the industry.

Said Founder and Chief, Chris St. Hilaire,
“The move came at just the right time, but the real upgrade is in the quality of the team and creative space we’ve built for smartphone data collection and reporting.  It’s where consumers are and to stay relevant we absolutely have to help the industry make the switch, now.” 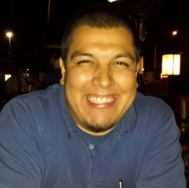 Linux+ certified, most of what Nolasco knows is self-taught. He attended Irvine Valley College as a computer science major, attributing his education there to his current success.

Roger was also mentioned in Quirks "Daily News Queue Publication's" In the News section. Great to have you on board!