Nearly 30% of Americans Ages 21-64 Say They've Filled in NCAA Basketball Tournament Brackets, and One in Seven Has Placed a Bet

Nearly 30% of 21- to 64-year-olds who responded to a survey by MFour Mobile Research said they have filled in a tournament bracket for the NCAA men’s basketball championships, and 14% are betting on the annual March sports ritual.

The study surveyed 4,200 U.S. residents nationwide, including 1,800 NCAA basketball tournament fans and 2,400 non-fans. Fans were defined as those who said they’re planning to watch the tournament.

The eight-question survey was fielded March 21-24 to U.S. consumers ages 21 to 64. All respondents use Surveys On The Go®, MFour’s mobile market research app, to take surveys on their smartphones or tablets. MFour received initial responses from 4,214 consumers who were representative by region. To indicate interest in the tournament, they were initially asked whether they planned to watch tournament games. The 1,810 respondents who indicated they were watching the tournament went on to complete the survey, providing answers about their plans for wagering and viewing. 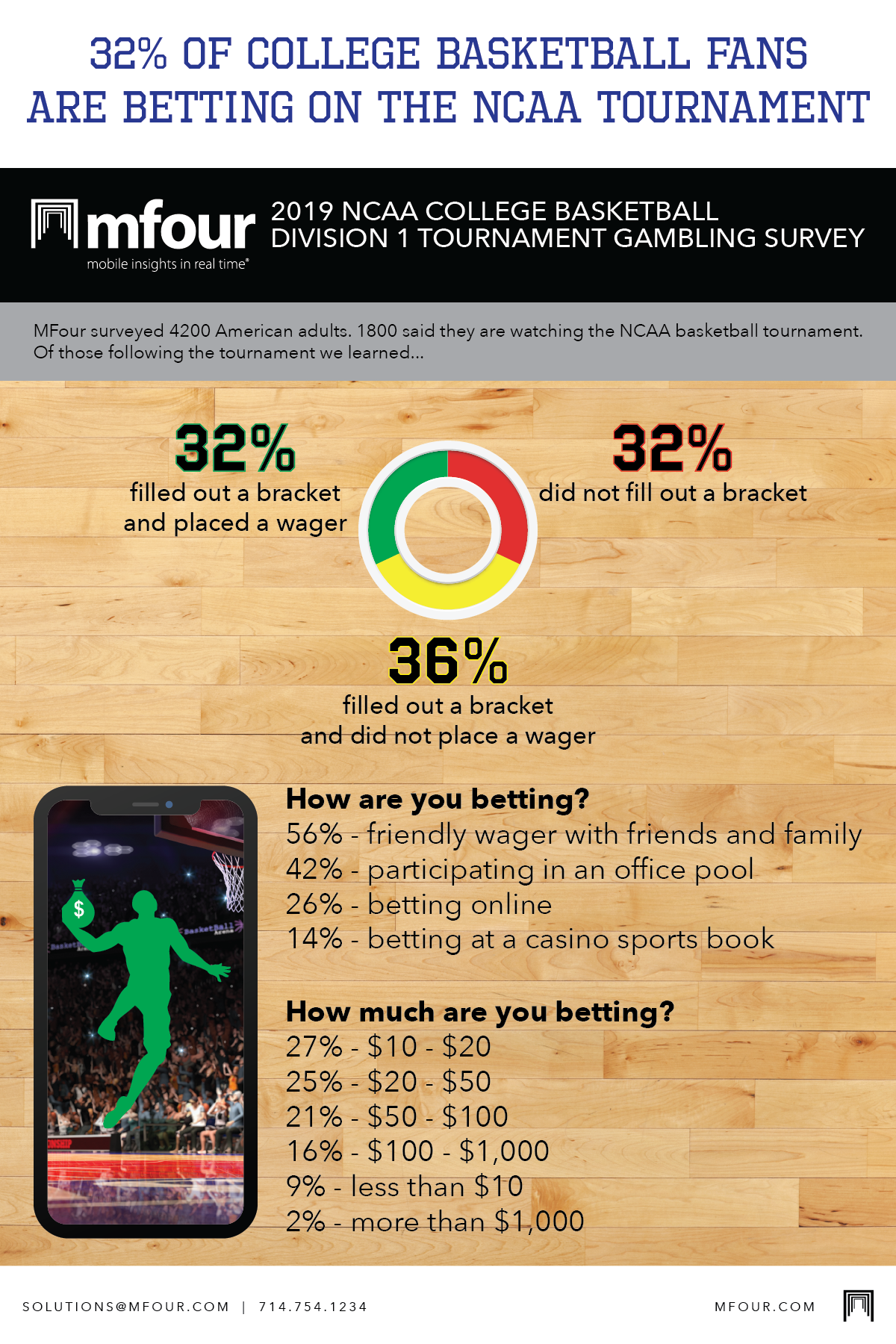