What BlackBerry Losing its Juice Means to MR 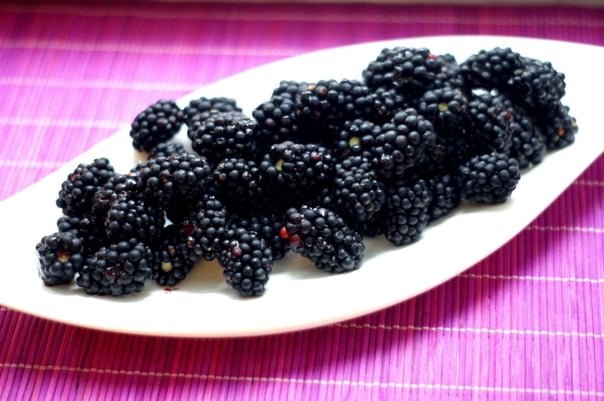 A blackberry is once again just a pricey item in the produce aisle, now that its once-dominant technological namesake, BlackBerry, will no longer be manufacturing BlackBerrys.

This exit from the mobile hardware marketplace was far from unexpected. Although BlackBerry was an innovator and muscular market force when it introduced the earliest devices to combine email, web access and telephonic communications in a single hand-held unit, that was in the early 2000s. Starting in 2007, Apple’s iPhones and Google’s Android system quickly captured the public’s attention, affection, and purchasing power, and BlackBerry’s sales rapidly declined.

The BlackBerry’s saga resonates with MFour, because we’ve also been a pioneer in mobile technology – in our case, the development and advancement of Surveys on the Go®, the first and still only all-mobile market research app. We rolled it out in 2011 and have been advancing its functionality and utility ever since.

We work both sides of the technological street: improving the experience for the survey-takers who use the app, and for the clients who field surveys to panelists. Surveys on the Go® now has more than one million active panelists; with no recruiting on our part, membership keeps growing by more than 2,000 a day -- a word-of-mouth testament to the user experience SOTG members enjoy.

The core premise is that the better the panelist’s experience, the better the data quality will be. People love carrying out tasks on their smartphones – as long as all goes smoothly. We make the match between researchers’ needs and the public’s enthusiasm for technologically-driven pleasures. Call it serious fun – fun for respondents, leading to serious consumer insights for researchers.

The takeaway from the story of BlackBerry is that innovators can’t relax. Sure, it’s OK to take a deserved bow for having conceived and birthed a new product, service or delivery system. But then you have to keep on innovating. There’s no basking in the afterglow of conception when you’re confronted with the never-ending challenge of optimizing the function and utility of whatever it is you’ve conceived. A BlackBerry was the coolest device you could pull out of a pocket or a handbag -- until it wasn't.

The driveshaft of MFour and Surveys on the Go® is our Labs & Engineering division. Its staff constantly devises upgrades both subtle and sweeping to ensure that our panelists will enjoy the easiest, most engaging survey-taking experience on their mobile devices. L&E also is obsessed with anticipating the MR industry’s needs – which means expanding researchers’ options for obtaining ever-richer data and insights, while minimizing the time and effort it takes to obtain them.

A leading example of our stamina as innovators is MFourDIY™, the first all-mobile, do-it-yourself research tool. We debuted it in April, and have been adding further new research capabilities since then, both on the do-it-yourself platform and in our core, custom-designed surveys. Also new this year is our app-tracking feature, which allows clients to sort and query panelists according to which apps they use. It’s one more option for identifying and interviewing the consumers most relevant to the research task at hand.

"In the mobile space you've got to always start new," says Chris Monahan, MFour's Chief Technology Officer. "BlackBerry just got too comfortable. It's about always staying on the cutting edge, and riding the wave."

This, Chris adds, is a pleasure, not a chore.

"At our core, we love technology. Like kids at Christmas time, we love the latest cell phones and new server technologies. We are geeks who love to learn and share this excitement with each other. This culture is what drives the SOTG platform. If we aren't using the latest and greatest in technology, we become stagnant."

The consequences of stagnation are very real in any business: keep moving, or you might get squished. If you need a reminder, look to the produce aisle.