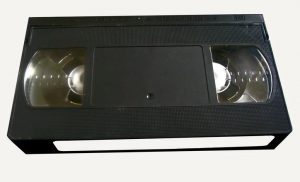 Remember the sound of a video cassette recorder in full-on rewind or fast-forward mode? If not, count yourself lucky. That high-pitched rattling, shuddering noise was annoying on its own demerits – and the displeasure only deepened because it would go on for a clattering eternity while you waited for the clunky machine to take your tape back to the beginning, in case you wanted to watch it again.

At the time it was the best we had, and it got the job done.

The news, from CNN, that the last VCR manufacturer will stop production later this month got us thinking about how creative destruction is the essence of technology. DVD and DVR killed the VCR, and now video streaming is threatening the DVD.

There are obvious resonances in this for market research. We, too, are living through the creative destruction that’s needed to move us forward.

Few VCR users were deeply invested in their machines. They were only too happy to snap up a DVD player. But in MR, the investment in yesterday’s technology – the online survey -- is deeply embedded. There’s still reluctance to take the next step forward to superior, all-mobile survey technology.

The analogy can only extend so far: quaint as they will be, the last VCRs to ship out the door of Japan’s Funai Electric will get the job done for whoever still has videocassettes to play. The same can’t be said about online surveys. That method is broken – as GreenBook’s most recent GRIT report about the state of market research made plain while sounding a loud, clear call for innovation. Panel quality is disintegrating – and data quality and efficiency are disintegrating along with it. The potential panelists are looking at their smartphones instead of computer screens. That's where they prefer to take in their world, and respond to it -- including taking surveys.

Once you recognize the problem, the solution speaks for itself: find a way to make surveys work on smartphones.

Some say there is no good way – which, if true, means market research will wither and die. But in MFour’s experience – and that of its million-member all-mobile panel and the clients who benefit from the data they provide – life has just begun. The state of the art in mobile delivers so much more than online research ever could – GPS-enabled geolocation, for starters.

Soon there will be no choice between online and mobile – just as there’s no longer a choice between the VCR and its much-superior successors. Online’s destruction isn’t coming – it’s at hand. And that’s the most creative thing that could happen to market research.

See below for more information – including explanations why some supposedly mobile methods are badly compromised, rightly-distrusted, and mustn't be allowed to define what properly-designed all-mobile research can achieve. MFour executives recently have contributed these three essays to leading market research publications. We hope you'll find them illuminating.

Mobile has advanced beyond the online survey approach

The World Has Moved to Mobile. Will Market Research Ever Get in Step?