MR’s Next Big Job? Business Intel for the Ad-blocking Wars 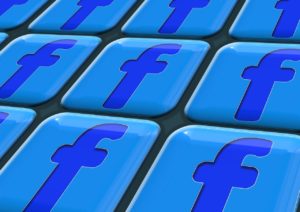 The first conflict is a to-the-death fight against religious fanaticism. But the second is crucial as well, because it may well decide the shape of world commerce in the not-at-all-distant future.

Market researchers – and the clients we serve – will likely be devoting lots of brainpower to getting our heads around this one.

Columnist John Motavalli at MediaPost.com’s “Programmatic Insider” advertising/marketing newsletter has an informative take that attempts to frame, in broader demographic and psychographic terms, the battle between Facebook and Adblock Plus, a leader in ad-blocking tools.

He theorizes that a great deal is at stake for Facebook because its users are “overwhelmingly young,” with about 30% of them in the key 25- to 34-year-old demo that advertisers need – with even more intense Facebooking among the youngest Millennials, ages 18 to 24.

These, the columnist posits, are overwhelmingly the same U.S. groups that flocked to Bernie Sanders’ presidential campaign. In  Motavalli’s view, it’s a group that, not unlike its political hero, is not especially friendly toward big corporations and their established, advertising-centric business models:

“Hundreds of millions of Facebook users have no qualms about disrupting Facebook’s revenue stream. As a matter of fact, it’s probably the safest, most legal way to stick it in the eye of corporate America, other than shoplifting.”

In another recent column, Motavalli ponders whether adblockers will disprove the longstanding truism that “information wants to be free.”

It’s always interesting to look to history for context on contemporary developments, and the struggle over content-funding brings to mind the career and pithy sayings of Samuel Johnson, one of the greatest literary minds (and content providers) of the pre-digital age.

This formidable 18th century English poet and critic more or less invented blogging – in leaflet form. Johnson got paid for his independent written musings by introducing a subscription model not unlike what major legacy newspapers and magazines still rely on as they try to figure out how to replace ever-dwindling print revenues with digital advertising income. For them, as for all content providers, adblocking poses a potential existential threat.

If adblocking does triumph, it may be back to the future for online content, with the paid subscription model Johnson pioneered as the only alternative to the publishers will have lost.

“No man but a blockhead ever wrote, except for money,” Johnson once said. In other words, if there's going to be content, somebody has to pay for it.

Businesses that rely on content-media as a conduit for commercial messaging can’t afford to be blockheaded about the advent of ad-blockers. How will advertisers speak to potential customers, if the public has decided en masse to shut its  eyes, ears, apps and browsers to commercial messaging?

The answer is: we don’t know. But as market researchers, we may soon find ourselves playing a part in this battle, called upon to deliver insights into the kinds of advertising consumers will or won’t accept, and the types of information for which they will or won’t pay.

For the clients who’ll engage us, the stakes will be extremely high.