Mobile is How We Read the News Now 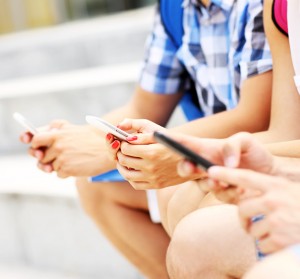 MFour made a big bet at start of this decade that mobile technology would revolutionize consumer surveys, just as it would dominate other realms in communications and information exchange. Everything that’s happened since has confirmed that wager.

More evidence of mobile’s impact on society arrives in the Pew Research Center’s recently-released report on the “State of the News Media 2016.”

Tracking statistics from 110 leading U.S. media outlets, the report found that “mobile traffic continues to gain prominence over desktop traffic across media sectors.” In 2015, the year studied, 99 of those 110 sites received more visits from mobile devices than any other method of access.

Probing a bit deeper, Pew found that of the 40 digital-only news organizations it studied, 33 saw gains in mobile traffic over the previous year, while 27 experienced drops in visits via personal computers. The mobile increases were large (defined as 10% or more) for 28 of the sites. Twenty-three digital news sites had large declines in PC traffic.

What does this mean for the market research industry as it grapples with whether to move from still-prevalent but increasingly outdated online/PC methods to new mobile opportunities?

Good news if it embraces the accelerating shift to mobile that the Pew Center documents in the media, and which MFour epitomizes in the realm of market research.  Bad news if it doesn’t.