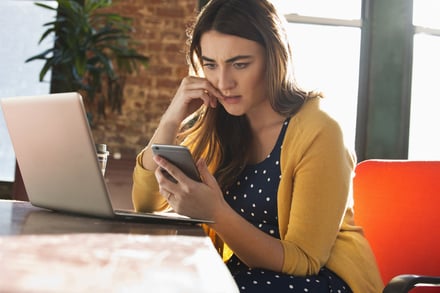 That decay may be impacting the way you do surveys. Why?

If you wait until long after they’ve left the cash register to field a survey, chances are you’ll be getting a vague likeness sketched from memory, when you should be capturing data that tells the photographic truth.

In an eye-opening study, panelists in the GeoLocated group were identified with the help of proprietary mobile GeoIntensity® technology, while actually shopping at a store in one of five designated retailer categories (convenience, grocery, drug store, club membership, mass market).

These panelists then received a survey alert, again abetted by a proprietary technology, GeoNotification®, just as they left the store, and were asked to complete it within three hours. Members of a demographically similar control group were asked to recall their most recent visit to stores in the same five retail categories, in a survey that captured their stated memories.

As is the case in most non-GeoLocated surveys, this meant that the control group had to fall back purely on memories of experiences that for most had happened days or weeks earlier.

Only 72% of non-GeoLocated respondents were able to recall whether they had bought products in 8 broadly-defined categories (beverages, cookies, chips, personal care products, prepared foods, deli, produce, and pet food).

In contrast, recall for these categories was 100% among the GeoLocated group that took the survey within three hours of the shopping experience.

Also revealing was a significant recall gap when it came to remembering which brands respondents had purchased.

Both groups were asked to name brands they had bought in 16 more narrowly-defined categories. For example, instead of the broad product category of beverages, we asked more specifically for purchased-brand recall. This included carbonated drinks, alcoholic beverages, juices, bottled water, sports drinks, energy drinks, and tea/coffee.

The chart below contrasts the two groups’ ability to recall the brands they had bought. Figures state the percentage of respondents unable to recall brands. 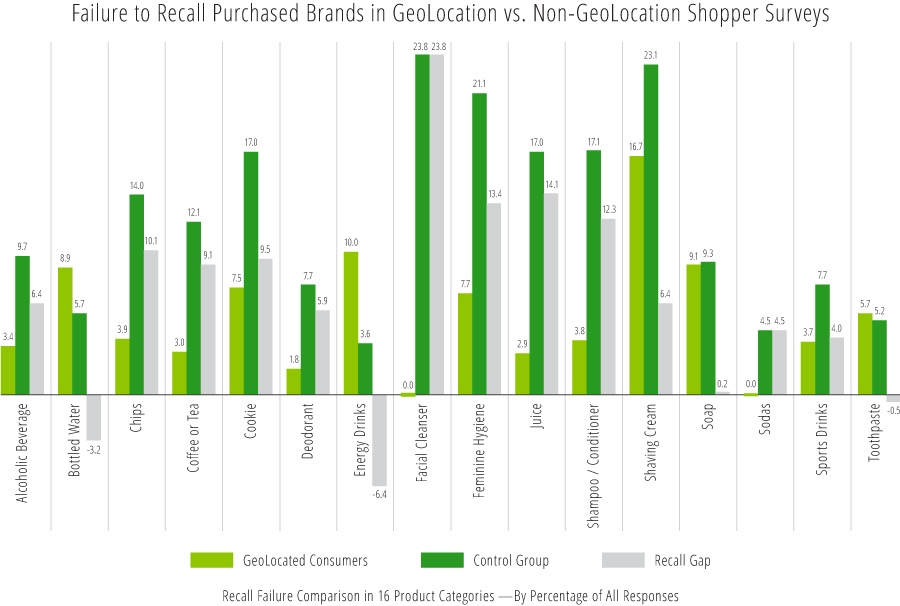 Time, it turns out, really is of the essence.

Particularly when it comes to survey-based consumer research. And that goes for your next research project. There’s no need to settle for flawed responses. Take the first step with GeoLocation technology that gets you the in-the-moment insights.