Chasing Millennials at the Olympics 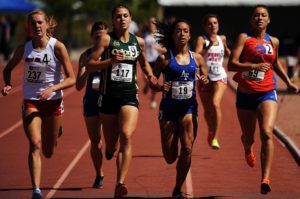 It turns out that the old wisdom doesn’t apply to Millennials. The group that marketers need the most is the one most resistant to the pull of live televised events. Millennials, it turns out, would rather control when, where and how they watch, instead of being called to attention on someone else’s schedule.

“NBC’s $12 Billion Olympics Bet Stumbles, Thanks to Millennials,” is Bloomberg’s headline, and the story by Gerry Smith gives the particulars: TV viewing for the Rio Olympics was down 17% overall from the 2012 London games, and 25% among the 18-49 Millennial/Gen X audience.

Like other legacy media who’ve realized they must fully embrace sharing their content online, NBC compensated by streaming the Olympics as well, mainly in hopes of capturing younger eyes. Streaming viewers totaled between 225,000 and 500,000 per night, according to the New York Times.

Perhaps the most grabbing fact for market researchers in the Bloomberg article is this: “NBC charged up to 50 percent higher rates for internet ads than for TV because the web audience trends younger and marketers are eager to reach millennials.”

Millennials also are at a premium in market research. The balance of buying power is shifting to the generation that’s now 16 to 35 and numbers more than 75 million in the U.S., passing the previously most-numerous Baby Boomers.  If researchers can’t reach Millennials…well, let’s just say that’s not an appealing scenario.

On the other hand, if you’ve got a reliable and effective conduit for eliciting opinions and preferences from Millennials, then you’re a frontrunner in the MR race. Millennials' preferences as consumers shape up as being more complex than their elders', so businesses will need to adapt nimbly to attract and satisfy them. That will take some doing -- and some very high quality research data.

MFour’s value proposition is that the all-mobile research technology and smartphone-specific panel it has developed is the conduit that today’s market researchers need – not just to reach Millennials, but to access  other demographic groups who are considered hard to reach by traditional online-survey methods -- including Hispanics and African Americans.

Vision, focus and experience get results, and MFour got a big jump in turning its mobile vision into mobile know-how. Our Surveys on the Go® app debuted in 2011 -- the earliest days for smartphone surveys -- and began  attracting a panel that now numbers more than a million active members who have the app and respond solely on their mobile devices. Millennials are fully present, accounted for – and are giving MFour's clients a crucial account of their views and habits as consumers and shoppers.

Again -- NBC’s Olympics advertisers were willing to pay premiums of up to 50% on the promise of reaching more Millennials, according to the Bloomberg report. How much is it worth to you to reach them? And how are  you going to do it?

For answers, browse this blog and website further, or contact us and we’ll be happy to fill you in.