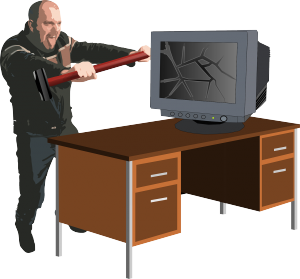 It isn’t always easy to make the case for mobile research – even though by now the facts fall fully on the pro-mobile side.

Advocates predicted that by 2012, or surely by 2013, researchers would recognize that a change had come and embrace the new technology en masse.

One early visionary, U.K.-based survey software expert Tim Macer, wrote in the June, 2010 edition of Quirk’s Marketing Research Review that “mobile research presents the opportunity to get much closer to respondents at the moment of truth - the point they are actually engaging with services or interacting with products - than you can, say, with an online survey, where you’re still relying on the recall of the respondent at a point later in time.”

This was incredibly astute and forward looking – and MFour’s founders didn’t need persuading because they already were thinking along the same lines. In 2010 they laid most of the groundwork for MFour’s all-mobile survey business, and in 2011 MFour debuted Surveys on the Go®, the first all-mobile survey app, and had begun recruiting a smartphone-loving panel that now numbers more than one million active members.

Advocates still struggle to convince their peers to embrace truths that seemed so self-evident even half a decade ago. Visionaries who assumed back then that all would soon acknowledge the rapid ascendancy of smartphones – and all it implied for market research – have been right about the dominance and omnipresence of smartphones in society at large, but wrong about MR’s eagerness to exploit them as the research tool of first choice.

Scientific research into the power of first impressions suggests at least part of the answer as to why there’s been more resistance to mobile research than its early advocates would have predicted or hoped.

“Even Fact Will Not Change First Impressions,” reads a 2014 headline in the online journal of the Society for Personal and Social Psychology. The study it reported had shown that “first impressions are so powerful that they can override what we are told about people.”

Many market researchers were understandably wary of early mobile advocates making enthusiastic assertions. Online surveys taken on personal computers had served them well enough. Why contemplate a radical fix to something that didn't seem broken? That conservatism, coupled with the psychological inclination to downplay facts that conflict with an initial reaction, explains why fully establishing mobile research has been a struggle instead of a cakewalk.

When facts and logic fail to carry the day, there’s a fair chance that myth has entered the mix.

And in market research, even some advocates have been susceptible to certain myths about what mobile methods can or can’t accomplish. Some  mobile proponents have voiced certain caveats about what they see as limits around mobile research -- giving heel-draggers  all the more reason to say mobile research was not the answer it had been cracked up to be.

Here are three of the biggest myths about mobile research:

Myth number one: Surveys on smartphones have to be kept short.

The feeling seems to be that there’s something about the phone that’s just not as functional as the personal computer. A number of advocates for mobile research also are advocates for shorter surveys across all platforms. They think lengthy questionnaires bore respondents and drive them away from surveys altogether.

This school of pro-mobile thinking holds that smartphones are suited only to  short, quick-hit surveys -- and that this limitation is in fact a blessing that will cut surveys down to a proper size.  But that sells both the phones and the public that loves them short. In MFour’s experience, there’s little drop-off even when interviews exceed 20 minutes. Of course, smartphones are indeed ideal for those short quick-hitters, but they do so much more.

More evidence that smartphones can handle longer LOI surveys came from the survey GreenBook fielded to market research professionals to collect data for its 2015 Greenbook Report on Industry Trends (GRIT). The survey had an average completion time of 15 minutes – considerably longer than what some would consider optimal across all platforms.

We couldn’t have said it better ourselves.

Myth number two: smartphone screens are too small for an adequate survey experience.

Actually, we can see the point here – but where research is concerned, the point is moot.

One also can argue that smartphones are too small for an adequate movie-watching experience: Film critics and many movie buffs do exactly that, insisting that the big-screen experience is sacred, and that when it comes to movies on TV, even the largest home screen won’t suffice. But the aesthetes have lost this battle. Whether it’s streaming movies or answering questions, a substantial majority is just fine with doing it on a smartphone.

According to a 2015 study by the Pew Research Center, one-third of all Americans had paid to watch film or television on smartphones – a figure that rose to 52% for respondents ages 18-29. Of course, a great many others who don’t pay for video content are using their smartphones to access an inexhaustible trove of free video. Even if we grant that the small screen is not ideal for watching video, the public has voted with its eyes, and they’re glued to what’s streaming on their smartphones. The lesson for market research is to optimize mobile, not to ignore it.

In a 2015 article in Quirk’s entitled “The Short Survey is King,” Paul Hudson, a U.K. researcher, asserted that not only was the short-survey myth a fact (“Researchers must recognize that mobile respondents have a significantly shorter attention span than online or in-person participants”) – but that, furthermore, smartphone users skewed toward the wealthy and would leave out other important survey demographics: “Income has an additional effect on smartphone penetration. Only 39 percent of individuals earning under $50,000 a year own a smartphone,” he wrote. “In comparison, 64 percent of individuals earning over $100,000 a year own one. So when considering any form of mobile market research, sampling is always an important and pressing issue.”

But a Pew study, also from 2015, found that 68% of all Americans owned smartphones – and that those with lower incomes were in the vanguard of those who’ve abandoned expensive broadband connections to the web, and instead had turned solely to smartphones as a money saving move.

In other words, people at the lower end of the income spectrum are even more reliant on smartphones than the wealthy.

The late, great TV series, “Mythbusters,” never got around to taking on the legends of market research. It’s been fun taking up the cause and declaring them “Busted!”

All we can say to market researchers who want to cling to the myths in the face of the evidence is:  Sorry, but you’re mything out.